All lines get blurred, and all definitions seem unsatisfactory when we try to approach women’s sexuality.

Women are complex and multifaceted creatures whose sexual desires and fantasies can go beyond the traditional gender roles and vanilla sex. Women want more and better. Women need variety and an atmosphere of openness to thrive sexually.

Those could be some of the reasons why many women are turning towards polyamory  and other non-monogamous relationships or why the number of women who identify themselves as bisexual or polysexual is on the rise.

As explained in one of our previous blog posts , polyamory is not a sexual orientation but a non-monogamous relationship style where people from different genders and sexual orientations are romantically and sometimes even sexually involved.

It doesn’t necessarily have something to do with sex, and it doesn’t define a sexual preference or attraction.

Technically, bisexuality means being attracted to two different genders. It’s worth noting that the mainstream bisexual community usually refuses the idea that bisexuality reinforces the gender binary. Bisexuals accept and celebrate the fact that they can feel attraction to non-binary people as well as other genders. According to the Center of Disease Control (CDC), almost 75% of bisexual women have experienced sexual and/or domestic violence. We need to set aside the misconceptions about bisexuality. 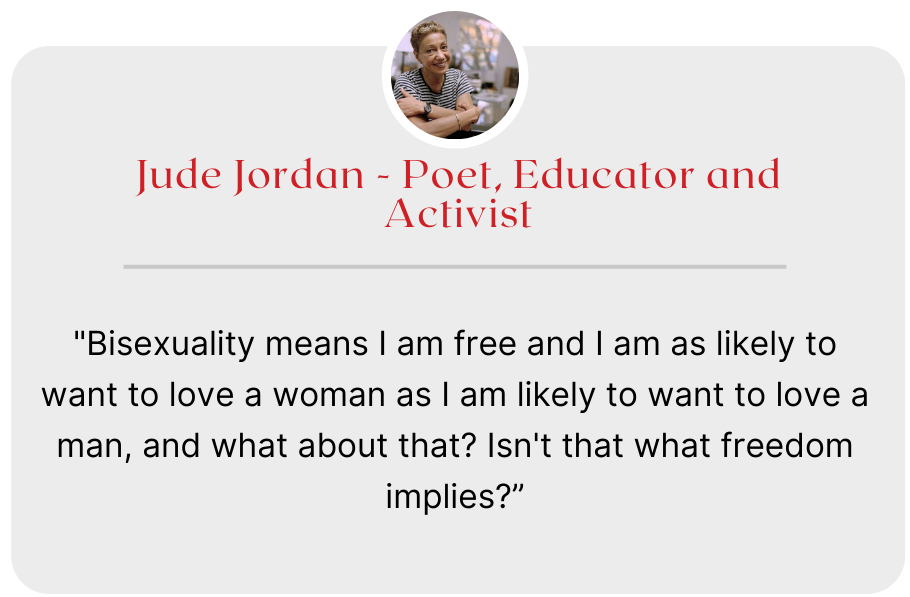 Pansexual people are attracted to others, regardless of their sex, gender, or gender expression. They seek sexual connection, human connection, and spiritual connection.

Polysexual individuals are attracted to people of multiple genders, like bisexual, but not to all genders, like pansexual. Each person has their own specific preferences and is not limited to the traditional binary definitions.

There are many myths and misconceptions attached to non-monosexual women. They’re usually perceived as attention seekers. Polysexuality is just a sexual orientation, and it says nothing about the ethical and moral stature of a woman or their libido. Understanding and consent are just as important for polysexual people as anyone else. Also, their sexuality is valid. It’s not a trend or a phase; it’s who they are.

Left unchecked, these myths can contribute to the spread of abuse, violence, and dismissive behavior against the polysexual community. Society is quick to fetishize and dehumanize bisexual and polysexual women, encouraging people to see them as hypersexual individuals who always want to have sex with anyone or as incapable of picking a side, thus seeking sexual attention and maybe even correction. These misconceptions are dangerous, and they steam from the idea that diversity needs to be controlled and bent to conform with some kind of sexual ‘normality’, which is still very cis-male-centered and very binary.

Are women more likely to be polysexual?

In a paper, appeared on PubMed.gov, you can read the following:

What we believe the authors are trying to say is that heterosexuality has not been a real ‘choice’ for women; it has been an imposition. Women were forced to marry men for economic, social, and cultural reasons and discouraged from exploring their true sexuality. Lesbians or polysexuals have historically been seen as the worst breed because their mere existence challenges the male-centered structures. Things are changing.

Women are finally embracing their innate sexual fluidity and polysexuality at much higher rates than ever and more significantly than men. In February 2021, a Gallup poll estimated that over half of LGBTQ adults were bisexual and that the majority identified as women. And while the number of Americans who identify as bisexual has increased by 2% between 2008 and 2018 (General Social Survey – GSS), it seems clear to sociologists D’Lane Compton and Tristan Bridges that the change is almost entirely due to the rise of bisexual women.

In her book ‘Sexual Fluidity: Understanding Women’s Love and Desire’, Lisa Diamond, a psychology and gender studies professor at the University of Utah, shows how for some women love and attraction are not rigid but can change and adapt over time. In 2008, when the book came out, sexuality was still considered quite static and binary, but the events that followed proved that Diamond was right. Celebrities like Cynthia Nixon and Maria Bello went public about experiencing same-sex attraction, and Kyrsten Sinema became the first openly bisexual member in 2012. Female sexual fluidity and polysexuality officially entered the mainstream dialogue.

What makes women more likely to be polysexual or bisexual than men?
Some experts believe that social changes in the last decades have let women break out of conventional gender roles and identities more easily than men. After all, it’s true that the stigma on homosexual or bisexual men is more tenacious than it is on women.

In research conducted by the Binghamton Human Sexualities Research Lab in New York highlighted that college women have progressively moved away from exclusive heterosexuality. By comparing data from 2011 and 2019, the researchers observed that the number of women who reported only being attracted to men decreased by 12%, and so did the number of women having sex with men only. Meanwhile, the figures have barely budged for men.

Thanks to feminism and various women empowerment movements, it seems that women have been able to find more freedom in defining their sexuality. In contrast, men still stick with the traditional gender-based restrictions. Sure, men didn’t have similar movements that enabled them to break free from stereotypes, but they’re also usually very attached to an idea of masculinity still rooted in values like physical strength, overexposed virility, desire for power, and control. Admitting to feeling same-sex attraction would mean diminishing men’s masculinity and, as a consequence, losing power.

So, we’re not alone when we affirm that the innate sexual fluidity in women and the sexual empowerment movements that allow women to express it freely may help pave the way for men to abandon their rigidity and join a world where love, care, and compassion are granted to all, regardless of their gender and sexual orientation. A world dominated by sexually liberated and conscious women – that’s what the future looks like for us!

Remember: your identity is valid. Whether you identify as straight, homosexual, bisexual, or polysexual, you deserve respect and love.

At Fusion Movement, we don’t just tolerate your sexual fluidity; we embrace and celebrate it in all its forms. We’ve built a safe space for you to express it and play with it.

Join us and find out what this is all about.