What is an Aphrodisiac?

Aphrodisiacs are all those scents, foods, and drinks that are believed to increase libido and enhance sexual attraction. The word comes from the ancient Greek ‘Aphrodite’, goddess of love, beauty, and sexual desire. The connection is pretty obvious now, isn’t it?!

Aphrodisiacs have been around since the dawn of time.
Alligator testicles, Spanish fly, rhino horns, unfiltered honey…these are just a few of the products that ancient medical texts from China, India, and Egypt considered as aphrodisiacs. Although we now know that these items are not just ineffective in raising our mojo but also plain dangerous, some other mythic scents and foods may have an effect on our sexual arousal.

Are you ready to find out which ingredients you should use for your magic love potion this Valentine’s Day? Keep reading. 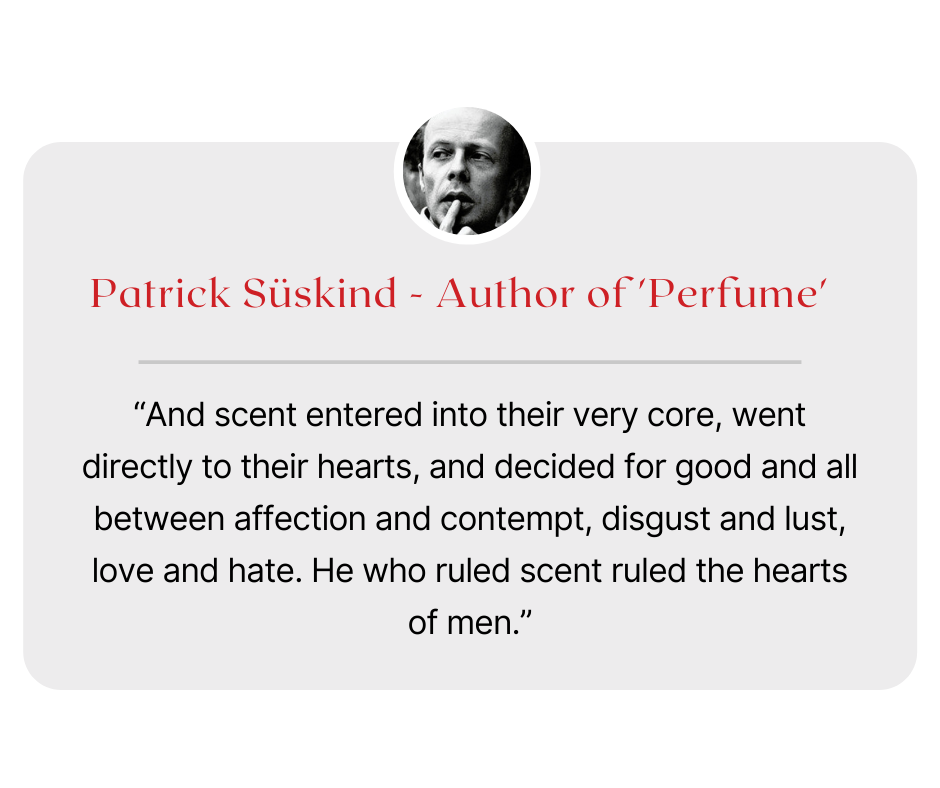 Desire starts in the brain, which is considered by many a sexual organ in itself. The area of the brain through which we experience smells is part of the limbic system, a.k.a. the emotional brain and the area from which sexual thoughts and desires originate. And it doesn’t stop there. Scientists have also proven that smell has a stronger link to memory and emotion than any other human sense. That’s why scents are so evocative and powerful in awakening our senses and channeling desire!

Intrigued by the pervasive effect of smell, Hirsch and Gruss examined how male sexual arousal can be affected by 30 different smells. Their study shows that lavender and pumpkin pie increased the blood flow to male genitals by 40%; black licorice and doughnut by 31.5%; pumpkin pie and doughnut by 20%. The reason behind men’s reaction to these specific scents has not been pinned down by science, but the authors of this study suggest that it may have something to do with nostalgia and memory. People raised in the United States usually associate the odors of baked goods with a positive mood, which will, in turn, affect the blood flow. Other odors may simply remind us of previous pleasant sexual experiences and partners. Finally, some odors may be just relaxing.

Now that we know a bit more about the science, let’s move on to the fun part!

What scents possess aphrodisiac properties? Here’s our list of favorites:

In Hindu and Muslim traditions, jasmine is considered the ‘perfume of love’. It’s proven to increase alertness and heighten the mood, enhancing your sex drive.

The very symbol of passionate love and romance couldn’t be missing from the list.
Rose contains indole, a molecule found in decomposition and fecal waste. Why are we disclosing this gross detail, you may ask? Well, it’s because this aroma adds grit to the scent. A study even indicates that rose oil is a powerful stimulant for men.

Thanks to its nostalgic notes, this sweet smell helps you relax and feel at ease. And it’s also a potential aphrodisiac.

Proven to enhance male testosterone as a supplement, this Asian root may as well spicy up the atmosphere when added to your collection of sexy fragrances.

A powerful stimulant, according to Ayurvedic medicine, this scent has been confirmed to possess aphrodisiac qualities in a 2020 study.

As observed by Hirsch and Gruss (see above), this zesty aroma stimulates sexual arousal in men, especially when combined with lavender or paired with another comforting smell, like vanilla or licorice.

According to NIH studies, this herb and its aroma increase libido, boost performance and improve sperm count. That spells out as aphrodisiac to us.

In another study by NIH, bitter orange essential oil has been shown to enhance sexual desire, apart from alleviating anxiety and improving the mood – both essential to an exciting sexy night.

This scent is known for its calming effect. But that’s not all. According to Hirsch and Gurss (see above), lavender also increases penile blood flow and sexual arousal.

Again, as shown by Hirsch and Gruss, licorice and have a tremendous effect on men’s sexual response, especially if combined with the smell of doughnuts.

Now that you know which fragrance to use to seduce your Valentine, don’t forget to spritz it on the back of your neck and into your hair, so it’ll spread around when you move, intensifying its effect and the spell you’re casting on your partner.

And if you’re planning a special dinner for the night, read on and find out all you need to know about aphrodisiac foods. 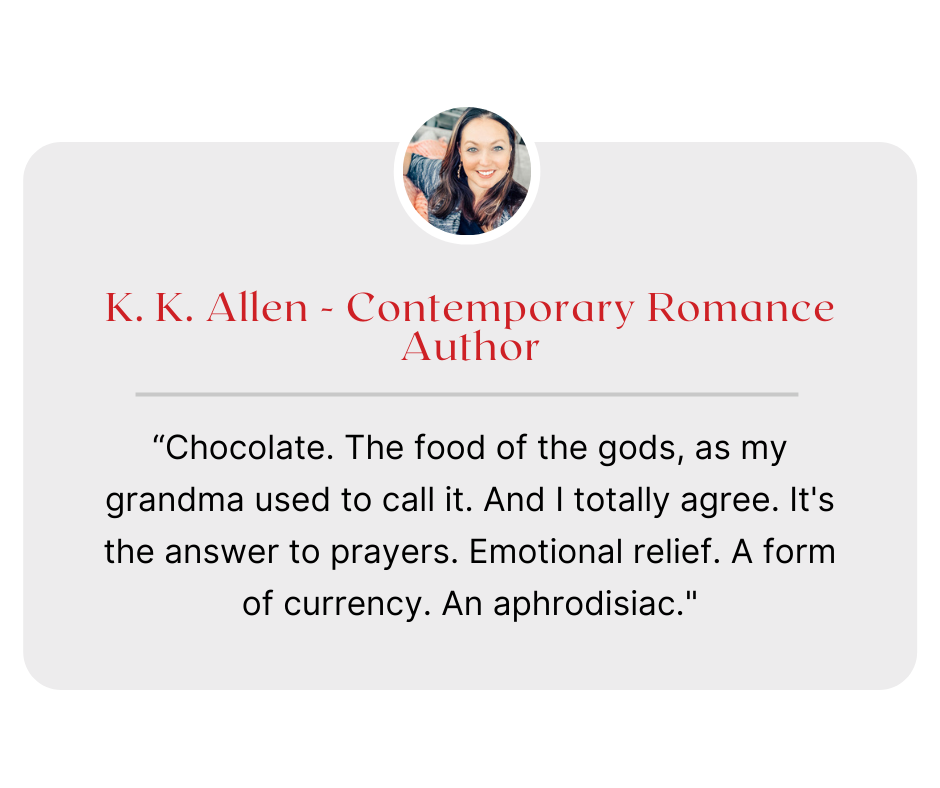 Historically, foods considered aphrodisiacs were either rare, exotic, and expensive, like truffles, caviar, and champagne, or simply shaped like male or female sex organs, i.e., asparagus, figs, avocados. And it may surprise you to know that it’s still like that!

Despite the fact that there’s no hard evidence that certain foods can heighten sexual arousal or desire, we keep eating them for their aphrodisiac qualities. If we believe that a food increases desire, the psychology of the placebo effect will do the rest. But it’s more than just that, isn’t it? There’s also the context. Humans are very suggestive, and our brains are wired to form a strong memory when we have a great sexual experience. So, if we eat something before or after sex, this will trigger our sexual desire in the future. Anything can be aphrodisiac if you treat it as such!

So, what foods are culturally, socially, and emotionally associated with sexual arousal in Western societies? Here’s our list:

That’s the quintessential aphrodisiac. Even Casanova confessed to eating 50 raw oysters a day to maintain his virility and stamina. These squishy clams own their fame to their shape and texture, which remind of a female vagina. But science is also surprisingly positive about them.

It seems that oysters are rich in zinc, which is essential for sexual maturation and sperm development. They also contain two amino acids responsible for increasing sex hormones levels in animals.

Hot in the mouth – hot under the sheets. Chilies are believed to awaken sexual desire. Capsaicin, the active ingredient in peppers responsible for the feeling of heat, also triggers facial flushing, increases the heart rate, and makes you sweat. All things that are usually associated with sexual arousal.

High in B-vitamins, needed for testosterone production, and boron, which helps the body metabolize estrogen, honey has always been considered an aphrodisiac. Even the term ‘honeymoon’ refers to the arousing effect of this food. In ancient Persia, newly-wed couples would, in fact, drink mead made with honey for an entire month to improve their chances to conceive.

We all know that some alcohol can help raise our mojo by reducing inhibitions. Well, according to a study by the Journal of Sexual Medicine, one or two glasses of wine can heighten women’s sexual desire. The grape skin is rich in flavonoids, which increase the blood flow in the genitals. Don’t overdo it, or it’ll have the opposite effect and make you feel tired, sleepy, and sick.

Get Ready for Date Night

Now that you know which scents and foods can help you spicy up your Valentine’s Day, don’t forget to bring the sexiest elements of all: your self-confidence and overflowing feminine energy.